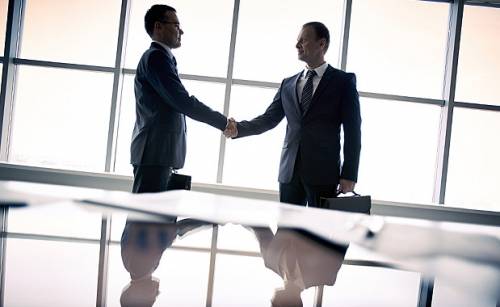 As a corporate lawyer for 20+ years I have been advising and closing deals of all sizes, locally and also internationally, for many clients , and there are certain fundamental mistakes that I’ve seen entrepreneurs make over and over again.  I review my experience on the field and thought it would be helpful to share some basic tips in connection with doing deals.  This is part one of a three-part series.

Tip 1: Be Careful with Letters of Intent.  A letter of intent (LOI) — sometimes referred to as a memorandum of understanding or term sheet — is often executed in connection with certain deals.  Entrepreneurs must, however, be careful executing an LOI because it may be deemed enforceable by a court of law (i.e., deemed to be a binding agreement), notwithstanding the intent of the parties.

The courts generally look at two key factors in determining whether a particular LOI is binding: the language used in the LOI and the actions of the parties.  If an entrepreneur doesn’t want an LOI to be binding, he must include very specific language to the effect that:

This letter is merely an expression of intent and is intended to serve as a basis for negotiating a definitive agreement and the related documents; it does not constitute, and will not give rise to, any legally binding obligation on the part of the parties hereto and is expressly subject to the execution of such agreement and documents.

The letter should also include words such as “would” (e.g., “the purchase price would be $_____”), as opposed to “shall” or “will”; and “this proposal” or “the possible transaction,” as opposed to “this agreement” or “the deal.”

Moreover, the actions of the parties post-signing must be consistent with such language.  Indeed, many entrepreneurs have gotten themselves into trouble when, despite the language in the LOI, they have acted as though an agreement has been reached.  For example, if the LOI expressly provides that it is “non-binding,” you should not be having drinks to “celebrate the deal” or you should not be sending “congratulatory” emails.  Nor should there be any partial performance by any party.

Tip #2: Create a Competitive Environment.  There is nothing that will give an entrepreneur more leverage in connection with any deal negotiation than a competitive environment (or the perception of one).  Every investment banker that has been around understands this simple proposition.

Accordingly, whether an entrepreneur is raising capital from investors, negotiating a joint venture or partnership agreement, or selling his company, he should be reaching out and talking to several suitors and playing them off each other.  Not only does competition validate a firm’s thinking, but also it appeals to the human nature of the individuals involved; and as competitors are played off of each other, the entrepreneur will be able to negotiate the best possible price and terms.

Tip #3: Use Your Lawyer as the “Bad Cop”.  I have  had the opportunity to represent a few large private equity firms, which employed all kinds of sophisticated negotiating games with target companies; one of their favorites was the “good-cop, bad-cop” routine.

This is how it worked: the private equity guy, of course, played the good cop and was smooth, friendly and agreeable and made the target CEO feel like all of his important issues were being taken care of.  But then the documents arrived — chock full of bells and whistles and boilerplate provisions designed to protect the private equity firm and often with significant gaps on the deal points.  When the CEO questioned as to what’s going on here, the answer, of course, was “it’s my lawyer’s fault” (i.e., the “bad cop”).

This game would continue throughout the negotiating process as the private equity guy charmed the CEO, while the lawyers pounded away on every significant issue.

Entrepreneurs not only must watch-out for this game, but also should learn to play it.  Indeed, entrepreneurs must learn to stay above the fray when negotiating and let the lawyers play the heavy.  This approach is particularly important where the entrepreneur will have an ongoing relationship with the other side post-closing; the goal is thus not to poison that relationship with testy, acrimonious negotiations — i.e., let the lawyers play the bad guy – the bad cop.

I hope the foregoing was helpful.  In part 2 of this series, I will discuss the importance of (i) checking your emotions and remaining disciplined; (ii) not blinking first; and (iii) leaving some chips on the table.  If you have any questions, please feel free to contact me at Robert@franslegal.com or call me at +5999 4612812.

© 2023 All Rights Reserved. Developed by Profound