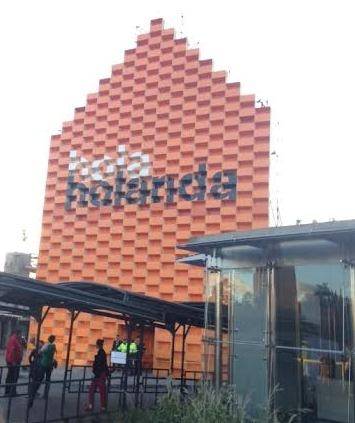 THE ORANGE TRADE MISSION IN COLOMBIA

The Curacao law firm Frans & Associates was also a part of the Dutch trade delegation that visited Colombia.

After this briefing and some organizational actions a lunch was offered  to the participants by the Dutch embassy. The members of the delegation went  to their respective  matchmaking meetings.

On Tuesday April 19, 2016, the participants continued with their meetings and visits throughout Bogota.  In the afternoon the whole delegation attended the opening of the Feria International del Libro de Bogota (“FILBO”) which was done by HRM princess Leontien of the Netherlands and president Jose Manuel Santos of Colombia. At the opening event of the FILBO the speeches were given by  among others the mayor of Bogota Mr. Enrique Penalosa, Mrs Svetlana Alexievich (winner Nobel Prize for Literature 2015), HRH princess Leontien of the Netherlands and president Juan Manuel Santos.

Afterwards the Dutch pavilion at the FILBO was opened by president Juan Manuel Santos and HRH princess Leontien. This year the Netherlands was the guest of honor at the FILBO.

The Dutch pavilion at FILBO is an impressive building area where there were among others an auditorium, a bookstore with books by Dutch and Dutch Antillean authors that have been translated in Spanish. One of the Dutch authors that was present at this event was Mr. Cees Nooteboom. From the Dutch Antilles Mr. Roland Colastica, Mrs. Diana Lebacs and Mr. Krishna Henk Pannay were present.

Within the Dutch pavilion there was also an area called Business Point which was operated by Holland House (the Dutch Colombian Chamber of Commerce). It was at the business that the members of the Dutch Trade delegation also had matchmaking meetings with Colombian entrepreneurs,

In the afternoon some members of the Dutch delegation travelled to Medellin and Cali where they met with other Colombian entrepreneurs and relevant entities.

Mr. Robert Frans had various meetings with Colombian entrepreneurs and  (semi) governmental entities and also with the other members of the Dutch delegation. The results were very satisfactory and follow up is being made.

The trade mission was well organized and the organization catered to every need of the participants.

For Frans & Associates this trade mission has been very good and it can be seen as a stepping stone for new business opportunities not only for us but also for our clients and also the beginning of new alliances with key Colombian entities which shall enable Frans & Associates to render enhanced and better services to its clients. Stay tuned as the developments continue we will keep you informed of the development in due time.

© 2023 All Rights Reserved. Developed by Profound